Eric W. is a teenage soccer player whose knee had been bothering him for several months, but became worse over one week. The pain was persistent and his parents were concerned.

Eric was seen by his orthopedic surgeon, who referred him for a knee MRI. Eric is a small teenager, and we carefully adjusted the MRI parameters to his body size and weight. We shortened scan times, knowing that children often have a hard time holding still. With those adjustments, we obtained detailed images of Eric’s knee and identified the cause of his pain— an unstable cartilage flap in the front of the knee.

With this information, Eric’s surgeon developed the appropriate surgical treatment plan. Eric underwent arthroscopic surgery of his knee, and had the cartilage flap repaired using an Arthrex chondral dart.

When we talked to his parents several months later, they told us that “Eric is back playing soccer and enjoying life.”

Note: Patient names have been modified, to protect patient confidentiality. 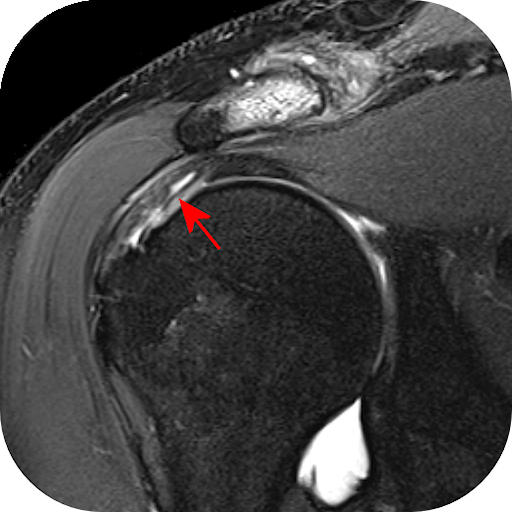 Thank you for contacting us!

Our group will review and follow up within 72 hours.
Thanks for your interest!

Back Home
Copyright © 2016 All Rights Reserved by Orthoradiology